The Mass Struggle to defend workers’ pensions Continues in France

Strike action continues, but it’s declining and is more dispersed. A tenth day of action with mobilizations across the country – notably street demonstrations – took place on February 20. At this point trade-union protests have brought this issue to a legislative phase. The government introduced a draft bill in the National Assembly to enact the regressive pension reform on January 24. The Communist Party and La France Insoumise (radical anti-liberal left) are conducting parliamentary guerrilla warfare, introducing over 40,000 amendments! As such only 1 of the 65 articles has yet been adopted and at this rate the law will obviously not be passed by the summer, which is Macron’s objective. Even the first reading in the lower house of parliament will not be completed before the municipal elections, which will take place throughout the country on March 15 and 22.

Even the Conseil d’Etat (State Council – the country’s constitutional watchdog) severely criticized the government’s proposed legislation on January 24, the same day that legislation was introduced to the lower house of parliament. The State Council pointed out the lack of adequate preparation and of guaranteed funding for this reform. Such criticism from this body is rare and it became a political bombshell.

Given the deadlock in parliament the government is threatening to use the “49-3” clause of the French constitution, which would authorize it to adopt legislation without a vote by members of the National Assembly. Such a move would discredit Macron and Philippe as being incapable of governing the country, despite a parliamentary majority held by Macron’s party. Government officials are trying to blame the opposition for this blockage. But recent opinion polls reveal that 67% of the population is in favour of a referendum on this question, which the government refuses. And that 70% of the people are against the proposed pension reform.

At the same time, strike action continues, notably in public hospitals. Health workers are symbolically on strike (but still assure health care to patients) for their own demands: the hiring of more staff and increased public financing for hospitals. But they’re also putting forth demands concerning their retirement rights. The same thing applies for education workers in public schools, who have the most to lose out with Macron’s reform (an estimated 30% drop in their pensions).

Lawyers – largely unionized in France – are another example. They are continuing strike action and have succeeded in paralyzing or drastically slowing down the functioning of most of the country’s courts. The proposed retirement reform would considerably lower lawyers’ pensions. The lowest paid lawyers – those who accept to defend cases in which their fees are paid for by legal aid – are threatened in their very existence. A lot of them would have to close shop and renounce on their law offices in private practise. The proposed legislation would double the dues they’d have to pay into the new “universal” pension plan, while considerably reducing the pensions they would get upon retirement. And yet under the current system lawyers have their own pension fund which is a small gold mine. It’s in exedent of the retirement benefits they are now paying out to retired lawyers and it even contributes to the general fund for workers in other categories. For the time being, most trials are being put off and the court system has a huge backload of cases which have not been heard.

Farmers were basically the only category who should have (slightly) benefited in terms of pension rights upon the initial announcement of Macron’s reform. But since then the government has backed down, saying that it doesn’t have the financial means to immediately raise agricultural pensions to 85% of the legal minimum wage. And yet Boris Vallaud, a member of the National Assembly belonging to the Socialist Party (hardly the most radical left movement in the country – that’s an understatement) declared to the press: “The President says that we don’t have the means, but it found the means to give 4 billion euros to the 1% of our wealthiest citizens” through tax breaks to the rich. Macron was questioned on this by farmers in a recent visit he made to the annual Agricultural Fair which is currently taking place in Paris. So in the end he managed to get all sectors of the economy on his back, even the rural sector which up until now has been the most conservative one.

Whenever strike action breaks out in workplaces in private industry due to local demands (wages, working conditions, fight against layoffs or planned shutdowns), the local unions often put forth demands concerning pension rights as well. This is an across-the-board issue affecting all workers.  Their representatives don’t let the bosses or the government forget it.

The Communist Party’s daily L’Humanité revealed another conflict of interest, and it’s not the first one which arose on this issue. Jacques Marie, the co-reporter in the National Assembly on the retirement reform for the République en Marche (Macron’s party) owns 13,836 shares in Axa, one of France‘s largest insurance companies, which stands to benefit from private pension funds if this reform goes through. This revelation took place after Jean-Paul Delavoie was forced to resign as minister in charge of the reform. He has financial interests in the French subsidiary of Black Rock, a private holding which also stands to benefit from this reform. Heads keep rolling and working people are angrier than ever.

I could go on with other examples, but this report gives you an idea of the general  situation in France. The ball is in the government’s hands at this point. Macron still plans to persist with his counter-reform, despite its unpopularity. The government is walking on eggshells, as the issue is explosive. 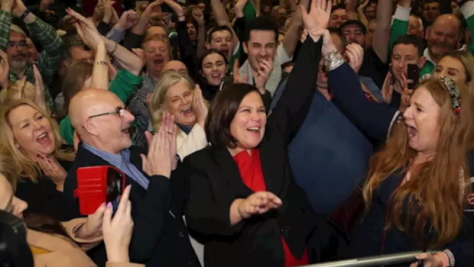 Sein Fein were expected to do well in the recent Irish general election. In the event they topped the poll, reviving the old call Tiocfaidh ár lá! (Our day will come), and bringing chaos to the Irish governmental system.

However if we take a step back we see many other examples across Europe of emergent parties coming to power and promising an end to austerity, only to move to the right. Podemos in Spain, Syriza in Greece and many others.

Podemos has come to Ireland,  but it is a long road from here to the Worker’s Republic

END_OF_DOCUMENT_TOKEN_TO_BE_REPLACED 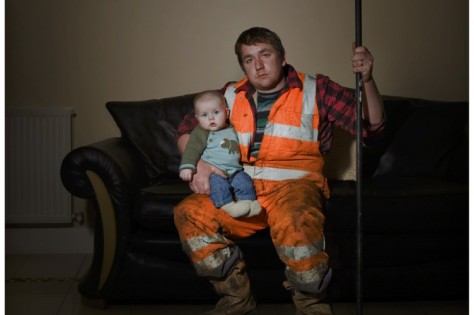 What do workers want from the Dail election of 2020?

Many of the issues are crystal clear.

The government fell on the issue of health, but it would be foolish to think that the crisis in health is the fault of one minister. The crisis in health is caused externally by the overall restriction on resources arising from the state’s commitment to paying down on sovereign debt at the expense of expenditure on social services to the working masses and internally by the increasing dominance of private agencies and the profit motive in the provision of services.

A working class programme must demand a public service, free at the point of delivery. It also requires a defiance of the European Central Bank that makes such a service impossible by forcing ongoing bond repayments. The Irish working class must no longer resign itself to living within the restraints of economic programmes set by the banks which our trade union leadership have repeatedly concurred with and promoted.

END_OF_DOCUMENT_TOKEN_TO_BE_REPLACED

Brexit and the Class Struggle in Britain

For over forty years, Jeremy Corbyn and the left wing of the British Labour Party (BLP) strongly opposed the European Union (E.U.). They opposed joining it. They opposed remaining in it. Was that stance a concession to racism? Not at all. Not any more than opposing imperialist war is a concession to isolationism, or a sellout to capitalists who profit from building homes, instead of bombs. The European Union is a monstrous machine of corporate rule, not a humanitarian refuge. Opposition to it was, and continues to be an essential basis for popular sovereignty and a Workers’ Agenda. The retreat by Corbyn and the BLP into the pro-EU swamp largely explains Labour’s devestating electoral setback on October 21, 2019. (Voters in 53 of the 59 seats that Labour lost had earlier voted to Leave the E.U.)

Why discuss this now? Because reversing that stance will be key to resisting the Tory agenda, towards mobilizing the working class in mass action for a socialist alternative.