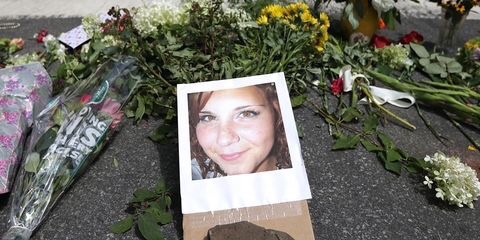 On Sunday August 13, Socialist Action members gathered in solemn solidarity with about 200 like-minded people outside of the United States Consulate to participate in a "Vigil for Charlottesville Anti-Fascists". The event was hosted by the Toronto International Workers of the World General Defence Committee. The group listened to a few short speeches and sang "The Red Flag" and "Solidarity Forever" before marching off to City Hall while angrily chanting "Whose Streets – Our Streets", "Refugees In, Fascist Out", and "Nazi Scum Off Our Streets".

The event was a memorial for Heather Heyer, the young woman who was murdered by an ultra-right terrorist, who drove his car into a crowd of anti-fascist protesters during an August 12 counter-demonstration against the “Unite the Right” rally. In addition to Heather being fatally run-down, more than 30 anti-racist protesters also sustained serious injuries during the course of the day. This attack was preceded by an August 11 torchlight march on the campus of the University of Virginia. The white supremacists and fascists chanted: “White Lives Matter,” “You Will Not Replace Us,” “Jews Will Not Replace Us,” and “Blood and Soil.” The fascists also attacked a smaller group of counter-protesters,using the torches, sticks, pipes, and brass knuckles, while police stood by and just watched.

This terrorist violence and murder is the latest in a series of violent acts from the far-right. In cities across North America, Nazis, white supremacists, and fascists have been going on a violent offensive to attack Muslims, Jews, African-Americans, queer and trans people, as well as left-wing militants. These attacks have been emboldened by the hateful rhetoric spewed by President Donald Trump. All the while our own Prime Minister Trudeau just watches quietly on the sidelines. Enough is enough! 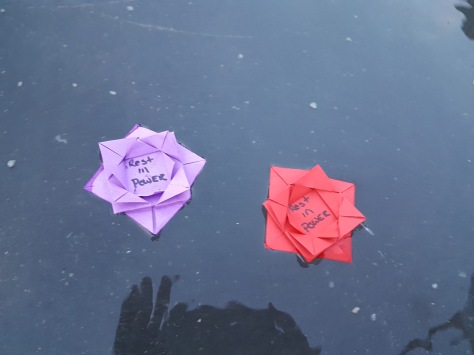 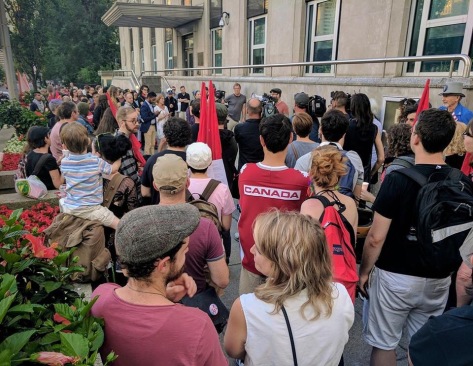 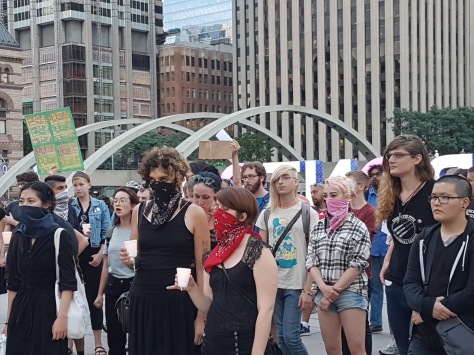 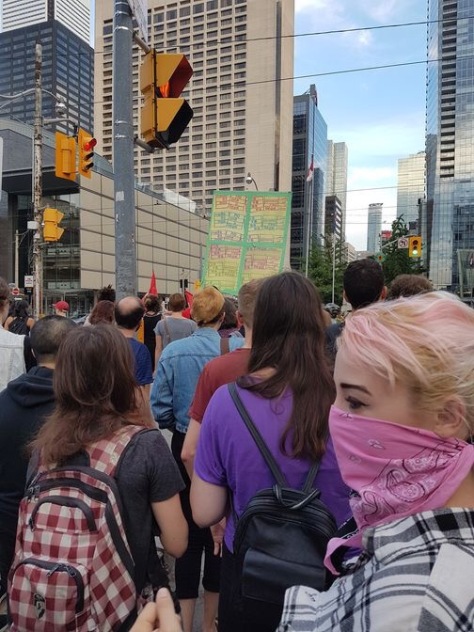 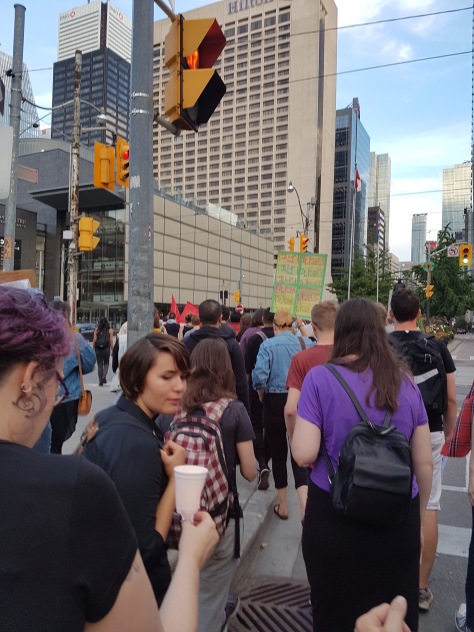 On August 14, Socialist Action members attended an anti-fascist rally of about 60 people on University Avenue, across from the U.S. Consulate in Toronto. Many carried signs or wore T-shirts with slogans; and they chanted: