(Remarks to Al Nakba -Solidarity with Palestine May 16 online rally, by Barry Weisleder)

On May 18, 2019 the first Pan-Canadian Day of Action for Palestinian rights took place. In Toronto, close to 500 people rallied and marched to demand justice for the Palestinian people.

Today, under the pandemic, our cause is more urgent. COVID-19 is a dagger pointed at the heart of Gaza; a dagger wielded by Israel which has imposed a 14-year blockade on two million Gazans. The obstruction of medicine and health equipment by Israel poses the threat of a severe humanitarian catastrophe. Canada should break the siege of Gaza by sending aid now.

END_OF_DOCUMENT_TOKEN_TO_BE_REPLACED 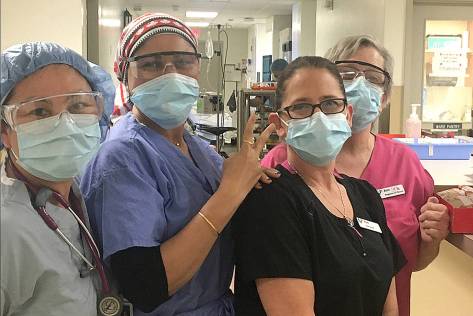 by Edson Castilho, President, IWK local of the NSNU

I am a nurse at the IWK Health Centre in Halifax. It is a women’s and children’s hospital that serves the people of Nova Scotia, New Brunswick and PEI. This hospital has had no cases of patients with the corona virus. Very few or no staff (it is impossible to know because the bosses cite the confidentiality of occupational health information) have tested positive. This means no staffing shortage caused by the need to have contacts of an infected person self-isolate until they test negative. So, we have been relatively lucky, compared to an institution like Northwood.

Northwood is the largest long-term care facility east of Quebec. Fifty-two (as of May 22) of the total of fifty-eight (90%) deaths that have occurred in Nova Scotia as a result of the pandemic have occurred to residents of this one facility. It is a private, not-for-profit facility that receives government funding (woefully inadequate) for the care of the people who live there. Northwood is a facility that consists of a wide range of elderly residents, from seniors who live independently in their own Northwood apartments, to seniors who require some assistance with medical care or activities of daily living, to seniors who are completely reliant on the care provided by the staff for their medical needs as well as activities of daily living.

END_OF_DOCUMENT_TOKEN_TO_BE_REPLACED 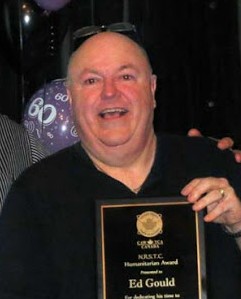 This morning (May 26) the working people of Niagara Region (Ontario) lost one of their most outstanding militants and leaders. Ed Gould was an active trade unionist and leader for nearly three decades dating back to 1990 when he was a Skilled Trades Shop Committeeperson and member of the CAW – GM Master Bargaining Committee. Over the following two decades Ed was a major figure in the local labour movement, including at the St. Catharines & District Labour

Council. Ed was its President in 1998 at the time of the St. Catharines Day of Action/General Strike, putting him at the forefront of that mass mobilization. Ed went on to become the Chair of the Unifor Niagara Skilled Trades Council, member of the CAW Local 199 Executive Board and a Health and Safety Rep for several years. Very few people in the labour movement are as committed to advancing the interests of the working class as was Ed Gould. Stalwart activists and leaders like him are few and far between. Ed stood out by courageously opposing contract concessions in the auto industry. * Ed passed away after a long battle with cancer of the blood. He was wearing his St. Catharines Day of Action t-shirt. His departure is a real loss for us all. Mourn for the dead and fight for the living.

— Bruce Allen, past vice-president of the Niagara Regional Labour Council.

* (Ed Gould was a member of the NDP Socialist Caucus and a cherished friend of Socialist Action. – BW)

On May 30, 2020 Socialist Action members marched in solidarity with thousands to protest the death of Regis Korchinski-Paquet. The demonstration, organized by Not Another Black Life, was held in response to the suspicious death of Regis, a 29-year-old Black woman who fell to her death from her 24th floor west-end Toronto apartment while several police were in her home on the evening of Wednesday, May 27.

Earlier that evening, family members called police for help, telling them that Regis was having a mental health crisis. When the police arrived at her home, the family met them in the hallway. Regis’ mother says she urged them to take her daughter to Toronto’s Centre for Addiction and Mental Health (CAMH) for support.

While it is not entirely clear what happened next, soon after the police arrived, Regis asked to go to the washroom inside her apartment.  Evidently, several officers followed. Her family, however, was not allowed into the apartment. Soon after, her family heard Regis call out “mom help, mom help, mom help”. At some point later, an officer came out and and told the family that her daughter had fallen to the ground where she died.

END_OF_DOCUMENT_TOKEN_TO_BE_REPLACED

For more information, including links to past webcasts and other videos, go regularly to:  http://www.socialistaction.ca
For answers to your specific questions, and/or to join Socialist Action, write to:  socialistactioncanada@gmail.com