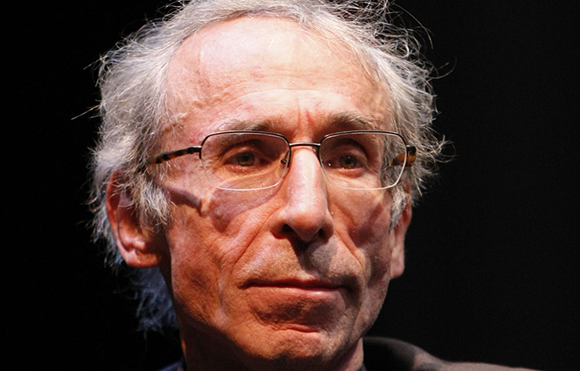 An Impatient Life: a Memoir by Daniel Bensaid (Foreword by Tariq Ali), translated from the French by David Fernbach, Verso, 2013
Reviewed by Robbie Mahood 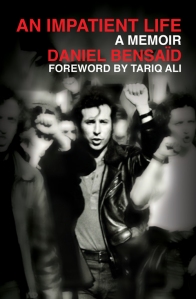 Daniel Bensaid (1946-2010) was an important Marxist thinker and leader of the former French section of the Fourth International (FI), the Ligue Communiste Revolutionaire (LCR).   His memoir, very ably translated from the French, Une Lente Impatience, is a dense but rewarding read, part personal odyssey and part meditation on revolutionary politics.
Bensaid grew up in Toulouse where his parents ran a “solidly red” bistro frequented by a mixture of native French and foreign born workers  including refugees from the Spanish Civil War, veterans of the International Brigades and the anti-Nazi resistance. The local cell of the French Communist Party (PCF) held its annual meetings there.
His father was a Sephardic Jewish immigrant, a former amateur boxing champion of Algeria. His mother was descended from a long line of proletarian militants who opted for the Communist Party when the French Socialist Party split after the First World War. A determined and combative woman, she successfully lobbied the authorities in Vichy France for the release of her husband who had been interned at Drancy, where French Jews were held before transport to the death camps.  Two uncles and two young cousins on his father’s side were not so fortunate.
Against the backdrop of the Algerian war and the Cuban revolution, Bensaid helped form a Jeunesses Communiste chapter in his high school.  Revolt against the rigid catechism and bureaucratic heavy-handedness of the PCF leadership was not long in coming. He and his young comrades wanted to know why Trotsky and Luxemburg were not published and he recalls asking in a “pale and hesitant voice” what the Party had to say about the Hungarian revolt of 1956, crushed by Soviet troops.  “Scarcely enrolled, we had an openly contestatory spirit.  And from insubordination to conspiracy is only a short step.”

Summarily expelled from the Communist Party and gravitating towards Trotskyism, the young ‘left oppositionists’ went on to

found the Jeunesse Communiste Revolutionaire (JCR) in 1966 and played a significant role in the mass student and worker upsurge that shook De Gaulle’s regime in May 1968.

In 1969, the re-constituted French section of the FI had grown to 1000 members, with an average age under 24. In Bensaid’s words: “in the unceasing rush of the 1970’s, we remained torn between a bohemian impatience for combat and the patient burrowing of the mole.”
While becoming an accomplished orator and political educator, Bensaid was deeply involved in producing political tracts and the party newspaper, Rouge. At the same time he was responsible for the party’s Service d’Ordre (stewards charged with defending demonstrations from the police and the far right).
In April 1973, the Ligue mobilized the far left to prevent an anti-immigrant rally in central Paris by the fascist organization, Ordre Nouveau. Bensaid and the Ligue’s Service d’Ordre were centrally involved.  In the ensuing battle, both the police and the fascists were put to flight. The following day the Ligue was banned and its public leaders, Alain Krivine and Pierre Rousset, imprisoned.  Bensaid defends this initiative while revealing that the Ligue’s trade union fraction condemned the action as ultra-left.
Inflated expectations and adventurist temptations were also reinforced by the rising curve of struggle internationally, above all in Latin America and the Iberian peninsula.
In Spain, the death of Franco was expected to unleash a period of class contestation that in an optimistic scenario would be amplified by the revolutionary dynamic in Portugal.
The 9th World Congress of the International in 1969 had endorsed the perspective of armed struggle in Latin America.  This provoked a deep division within the FI and a split in its Argentinian section, the Partido Revolutionario de los Trabajadores (PRT).  A significant minority in the International, led by the American Socialist Workers Party allied with Nahuel Moreno’s PRT- La Verdad in Argentina, opposed the armed struggle line.

In the end, the hopes aroused from 1968 to 1974 were not fulfilled. First a CIA orchestrated coup overthrew the Allende government in Chile. Then the revolutionary surge in Portugal was turned back. With the death of Franco, Spain saw a more or less orderly transition to a constitutional monarchy. And in Argentina, the ruling class brought back Peron before turning to a military dictatorship to crush the mass movement.  The FI majority, led by its French section, had clearly underestimated the bourgeoisie’s capacity to restore order using the Social Democratic, Stalinist and Populist apparatuses, or, when required, by unleashing a reign of brutal repression and terror.

Bensaid served at this time as a kind of roving ambassador for the FI majority, travelling to Spain, Portugal and Argentina as well as Brazil and Mexico.  Recollections of his trip to Argentina in advance of the 1974 World Congress make particularly heart-rending reading: “our comrades were young and intrepid, full of confidence in the socialist future of humanity. Three years later, half of the people I met at these meetings had been arrested, tortured and murdered.”
In discussions with Argentinian comrades of the FI majority, Bensaid was dismayed to find armed struggle viewed as the dividing line between reformists and revolutionaries. He realized “we were clearly on a wrong path” and “running headlong into an open grave.” This premonition was to be tragically confirmed after 1976 when the Argentinian generals ordered the extermination of the country’s left wing vanguard.  Bensaid does not say whether he tried to press his assessment on the FI leadership.  But it was not until the 1979 World Congress, after the bloody setback in Argentina, that the FI abandoned its line on armed struggle.
After he became ill in the 1990’s, Bensaid was less active in the LCR leadership, turning to teaching and writing.  In An Impatient Life, details of his personal and party life are interspersed with ruminations on diverse theoretical and historical questions.
Whether it is on the nature of revolutionary crisis, the decline of journalism, the post ‘68 retreat of French intellectuals from their erstwhile revolutionary enthusiasm, or Trotsky’s years in Mexico, Bensaid can be counted on for a few paragraphs or pages of stimulating and insightful prose rich in historical, theoretical and literary references.
The text is weighted toward the French context but fortunately is generously annotated. Attention to these notes can serve as a primer on the history of the French and international workers movement
Lenin’s notion of crisis was the subject of Bensaid’s thesis in Philosophy. He concedes that in his formative years his thinking (and the politics of the Ligue) tended to an excessive ‘voluntarism’. This was the time of ‘a hasty Leninism’, with May 1968 seen as a ‘dress rehearsal’ for the première event, analogous to 1905 in Russia.
For him, the current fashionable dismissal of the ‘party form’ is “above all a way of avoiding contents and projects”. A party is essential to prepare for crises (‘the impromptu of the event’) and as a repository of ‘strategic thinking’. The social movements cannot substitute for this necessary political task. In this, he sides with Lenin against Luxemburg and her acolytes. For the latter, politics is “an almost organic product of struggle” while for the former, “politics is not the reflection of the social (but) a transposition of it.”
Beyond this theoretical commitment to Leninism, Bensaid has little to say on the concrete measures to be applied in 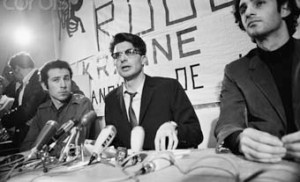 building a party on the Leninist model in France nor on how to move the project of a revolutionary international forward.
Bensaid speaks of his generation of revolutionaries having to learn a “slow impatience.” He shows how a lack of patience in the early years of the French section led to certain ultra-left tendencies. But is it possible to see the LCR as yielding again to impatience, this time in the opposite direction, with the hasty formation of the Nouveau Parti Anti-capitaliste (NPA) in 2009?   The memoir is notably silent on the NPA, into which the party dissolved itself. The option of maintaining an organized revolutionary current within the broader formation was apparently rejected. The absence of comment on this important decision is disappointing. It is true that Bensaid breaks off his memoir around 2005. Nonetheless, one presumes he was privy to discussions preceding this turn away from Leninist party building.
Part of the reason for this silence may lie with his preference for leadership consensus. In the introduction to the memoir, Tariq Ali gently chides his friend for an unwillingness to address political errors if it meant clashing with the party majority.
There are other issues that receive little or no attention in the memoir. The accelerating ecocrisis under capitalism is not sufficiently addressed. Likewise, more of his thoughts on the impact of second wave feminism would have been welcome.
To the non-European reader, Bensaid’s references can sometimes be obscure and his language opaque. This reflects his early induction into the intellectual world of French philosophy and social theory, so heavily influenced by the weight of the French working class in political life and the student and worker revolt of May 1968. On the positive side is the lyrical quality to his writing nourished by his love of literature.
Despite these caveats, there is much positive to be gleaned from reading Bensaid’s political biography.
Unlike many of his contemporaries, Bensaid was loyal to the course on which he embarked. His memoir stands as an excellent innoculation against social democratic reformism degenerated into social liberalism but equally against Stalinism (including its Maoist variant) with its repugnant record. Reflecting on past errors, Bensaid warns of the temptations of ultra-leftism.  Against the anarchist and spontaneist tendencies in the contemporary generation of militants, he defends the need for a revolutionary party.
He is eloquent in dissecting the nature of commitment to revolutionary politics, to communism, which “despite the infamies committed in its name remains the most pertinent word, the word most freighted with memory, the most precise and most apt to name the historic issues of the present time.”  He cites the Polish dissident, Karol Modzelewski, who, when asked why he persevered in the face of setbacks and disappointment, responded: “loyalty to persons unknown.” It is a virtue of this book to name some of “those unknowns to whom we are tied by an irredeemable debt.”
Revolutionary politics he describes as a “wager on the uncertain…. unavoidable as long as the necessary and the possible remain in disagreement.” Bensaid takes the measure of the retreat that has been registered but is not discouraged:  “today’s political landscape is devastated by battles lost without even having been fought (but) the forces needed for reconstruction exist, and the relationship between capital and labour remains as asymmetrical as ever: the former cannot dispense with the latter, while the same is in no way true the other way round.”
An Impatient Life is recommended not just to those who came of age politically in the 60’s and 70’s but equally to younger militants already involved in, or open to, the construction of a revolutionary organization.
March 2015