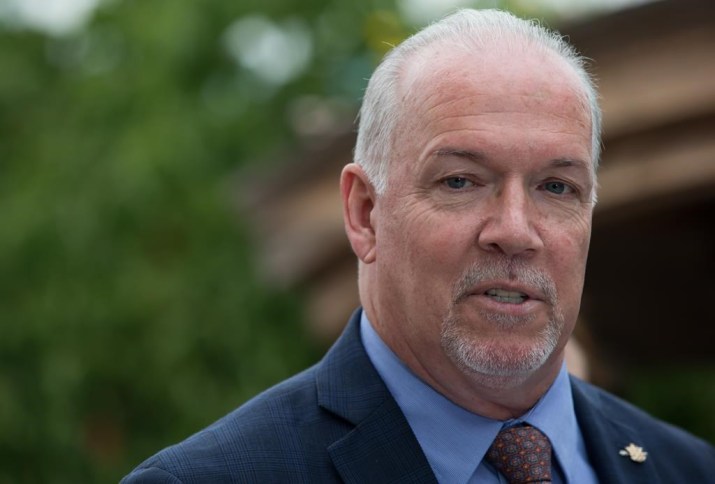 The New Democratic Party remains the only mass labour-based political party in North America. In Canada, the NDP is the only party with affiliated unions. All the other parties are simply capitalist parties, which – whatever else they advocate – defend the capitalist system of exploitation, oppression, war and pandemic – a system that puts private profit before human needs, even ahead of human survival.  Represented by the NDP are the organized workers who have the social power to bring the capitalist system to its knees. For this critical reason, socialists who are serious about change through workers’ power give critical support to the NDP.

Both the trade union and NDP leadership, however, refuse to mobilize the power of the working class. Long since, they have grown accustomed to an upper middle-class lifestyle of relative privilege. Their job, under capitalism, is to keep the workers, Indigenous people, women and youths, gender and sexually-oppressed folks in check.

Union leaders do this by claiming to ‘win’ gains by relying on their bargaining skills with the bosses, not by mobilizing the real power of workers in strikes and mass protest actions. In fact, during 40 years of neoliberalism, union bureaucrats have negotiated concessions to the bosses, not victories.

NDP and union bureaucrats hold power in the party and the unions ruthlessly and undemocratically. In the NDP, party candidates must be vetted by bureaucrats who can veto a candidate, and arbitrarily appoint a different candidate. If an NDP candidate defends the Palestinians against the Israeli apartheid state, they are summarily ousted by the brass. Resolutions submitted by unions and NDP district associations are processed by the brass.  Radical and socialist resolutions, resolutions that are critical of the leadership, almost never reach the convention floor.  Over half the typical NDP convention consists of a parade of leaders giving self-congratulatory speeches — severely reducing policy discussion time and any prospect of militant, anti-capitalist action.

The government of British Columbia Premier John Horgan is three years old.  Gains enacted by the NDP government in Victoria include:

·       Putting an end to ubiquitous one-year leases that landlords forced tenants sign that were not covered by the provincial maximum rent increase. The NDP adjusted the maximum allowable rental increase to the Consumer Price Index, saving tenants 2% per year in rent

·       Abolishing MSP (Medicare) premiums, the very last province in Canada to do so.

These changes are the victories won by working-class members. Removed are some of the many financial challenges from the lives of ordinary British Columbians.

But apart from these reforms, life has worsened in BC.  Capitalists are still getting billions in government handouts, subsidies and tax breaks, and still pollute on a grand scale. They ride roughshod over working people, and especially indigenous people. The homeless, disabled, addicted and poor are, by and large, in worse shape under the Covid-19 pandemic. Horgan raised welfare rates to $750 per month — well below the Low Income Cut Off poverty line ($2,000 monthly). Fentanyl overdose deaths have skyrocketed, and are much higher than deaths from Covid 19. At May 31 of this year, 167 people had died from Covid-19 in BC compared to 554 from drug overdoses, mainly as a result of highly concentrated, illicitly produced fentanyl. Yet there is little coverage in the capitalist media and no daily government briefings.

BC capitalism is spewing more Greenhouse gases (GHGs) into the atmosphere.  The massive Site C power dam construction, Coastal Gas Link methane pipeline construction, and Kitimat LNG facility are adding to the problem. In addition, we appear headed for a sustained recession driven by the falling global rate of profit, made much worse by the Covid-9 pandemic.

The BC NDP government does not put people first. It puts the profit of the powerful oil and gas cartel over the needs, the rights, the health, and the economic welfare of the people of BC.

The government has cracked down on speculation in residential housing, but BC still has the most expensive housing market in Canada by far. Two years after the launch of Homes for BC, 23,000 new affordable homes are underway or complete. This year, the government claims it will keep building more affordable housing. But the government is not actually building homes. It is funding private sector builders — helping them earn a handsome profit with taxpayers’ money.

In less than three years, the BC government has moved on 13 hospital projects and opened 12 urgent and primary care centres, with two more on the way. This is valuable, but nowhere near enough. Wait times for surgery in BC, for example, are the longest in Canada.

Improvements to Fair Pharmacare have made prescription drugs more affordable for some, but they are still unaffordable for many who most need them.  Why are they not free?

Reconciliation with Indigenous peoples remains an important cross-government priority, Horgan says. He lists a number of improvements desired, but with no dollar amount budgeted. The government says it will implement the United Nations Declaration of Rights of Indigenous Peoples. Meanwhile the government blatantly and callously violates the rights of the Wet’suwet’en by building the Coastal Gaslink Pipeline from the fracking areas of north-east BC, to the planned compressors in Kitimat, on the Pacific shore.

Fracking, by the way, is a dangerous way to look for methane, a greenhouse gas 80 times more potent than carbon dioxide. Fracking produces four times as many earthquakes as predicted. Quakes are hitting fault lines and threatening the stability, even the viability of the Site C Dam. The result is more billions for a dam that is unnecessary.

CleanBC, the name given to the province’s climate management program, assigns a clear priority to profit, to private business and private technology, and to a continued concentration on hydrocarbons, forestry and extractive industries.

The next BC Election

Sometime in the next 15 months, there will be an election in BC. The NDP Socialist Caucus has long advocated that the party run on a program for real change, a Workers Agenda, towards socialism. For example:

1.  Defund, disarm and disband the bulk of the vast police armies. Provide the social and health services with qualified professionals.

2.  Nationalize the wood industry under workers’ control to provide for mass, high quality, publicly-owned, easily affordable housing for all. End the housing crisis in BC.

3.  Make life truly affordable with free pharma care, dental and visual care, and all medical services.  Provide free, expanded public transit, free post secondary education and cancel all student debt. BC education funding, on a per student basis, is one of the lowest in Canada. Move it to the top.

4.  Eliminate the gig economy by outlawing fake contractor jobs, enforcing standard benefits, vacations and sick leave, union rights and decent pay for all workers in BC.

6.  Implement UNDRIP immediately. Get the cops off unceded Indigenous land. No more pipelines, roads, railways, transmission lines or anything else without prior fully-informed agreement by Indigenous peoples. Fund healthcare, education, and housing.

7.    Nationalize the mines and their bankers under workers’ control.  Operate them in a safe, ecologically sound way, if possible, or shut them down.