Skip to content
Over 90 per cent of Canadians back the concept, according to a recent Angus Reid Institute poll. Canada is the only country with a universal health-care system that doesn’t also cover the cost of prescription medicine.
High prices force many people to avoid filling prescriptions; even more skip doses or split pills to try to make medicine last longer. In this way, thousands risk aggravated illness and needless suffering. 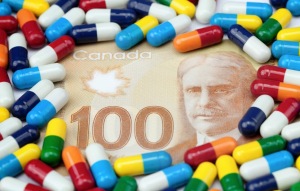 It needn’t be this way. A study released in mid-July titled “Pharmacare 2020—The Future of Drug Coverage in Canada” makes a strong case for a national pharmacare programme. Not only would it ensure that everyone would have access to drugs they need; it would save billions of dollars. Other countries achieve lower drug costs by purchasing medicine through a single, national buyer of pharmaceuticals. In New Zealand, a year’s supply of the cholesterol-lowering drug Lipitor, costs $15; in Canada it is at least $811 annually.
Canada funds drugs through an array of private plans and disconnected governmental systems that force many people to pay out of pocket. Many Canadians aren’t covered by work place drug insurance plans, and those who are often face extra charges such as deductibles and co-payments. This is totally unacceptable.
For the New Democratic Party, which gave birth to medicare, this should be a no-brainer. So, what’s the hold up, federal NDP Leader Tom Mulcair? Why isn’t pharmacare a top plank in the current NDP federal election campaign?
Sure, there would be start-up costs. But these could be covered by the tax reforms also needed to fund a $15/day national childcare plan, and to provide for the housing, transportation and education needs of the working class. Road test this slogan: For Housing and Pharmacare, Not Pipelines and Warfare!
This idea is clearly expressed in the 4 Ps petition of the NDP Socialist Caucus, which is attracting greater interest as the federal election campaign gathers momentum. Visit: www.ndpsocialists.ca to learn more about it.
And why stop there? Should medicine continue to be a gold mine for giant, private profiteers? Or should the industry be taken into public ownership under democratic workers’ and community control? Putting those billions in assets to work for the common good would go far — beyond boosting public medicare.
– B.W.