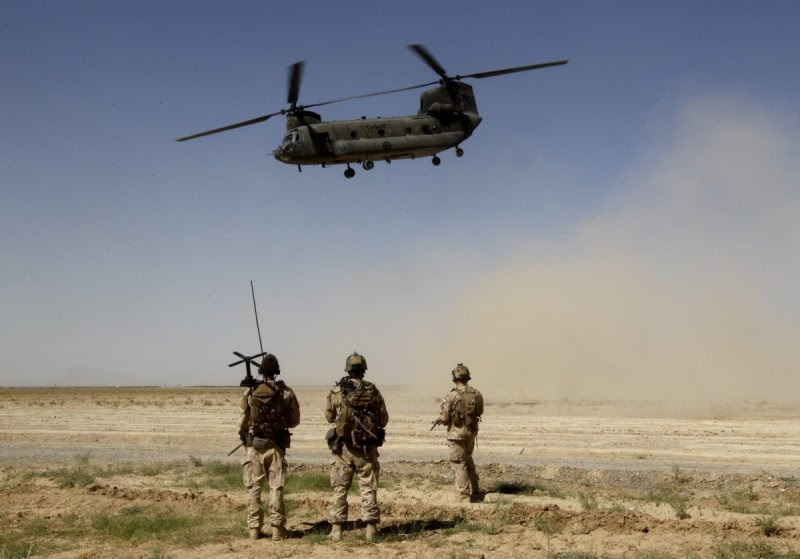 With the Taliban quickly retaking control of Afghanistan we should be asking: what was the point of all that bloodletting?

More than 200,000 Afghan civilians and combatants have been killed since the United States, Canadian and British invasion two decades ago. A few thousand Canadian, US, and British troops (among others) also died in the fighting.

Canada’s biggest military deployment since the Second World War, more than 40,000 Canadian troops fought in Afghanistan between 2001 and 2014. Canada also spent $20 billion on military operations and the related aid mission in the country. And while the stated rationale of the war was to neutralize al-Qaeda members and topple the Taliban regime, the latter has now regained control of the country and the influence of jihadist groups will likely intensify.

Portrayed as a battle against the tyrannical and misogynist Taliban, the foreign intervention benefited an equally unsavoury assortment of warlords who previously imposed the veil and banned education for women, as well as destroyed schools, museums and cinemas. Individuals responsible for massive human rights violations during Afghanistan’s mid-1990s civil war were appointed to prominent government positions.

Some in the Canadian Forces (CF) sympathized with the Afghan warlords. In March 2006, Maclean’s reported on General Rick Hillier’s “enormous respect for the warlords—even making allowances for those who profit from the poppy business.” The magazine quoted the Chief of the Defence Staff saying:

I saw the finest leaders that I have ever had the opportunity to meet. They beat the Russians pretty fairly and squarely, at the end of the day they were responsible for thumping the Taliban and throwing them out, along with a significant number of Al-Qaeda folks.

The CF purchased millions of dollars in goods and services from companies run by former warlords.

At the peak of the conflict, over 3,000 Canadians fought a violent counterinsurgency in Kandahar. Between April 2006 and December 2007 Canadian troops fired an astounding 4.7 million bullets, including over 1,650 tank shells and 12,000 artillery rounds.

In A Line in the Sand: Canadians at War in Kandahar, Captain Ray Wiss praised Canadian troops as “the best at killing people… We are killing a lot more of them than they are of us, and we have been extraordinarily successful recently… For the past week, we have managed to kill between 10 and 20 Taliban every day.”

In September 2006, the CF spearheaded NATO’s Operation Medusa aimed at Taliban strongholds in the Panjwaii and Zhari districts of Kandahar. The offensive forced 80,000 civilians to flee their homes, while air strikes resulted in at least 50 civilian deaths.

On numerous occasions the Western press reported on Canadian troops killing Afghan civilians. “Canadian soldiers have repeatedly killed and wounded civilians while on patrol in civilian areas,” noted the New York Times in May 2007.

In July 2008, Canadian soldiers killed a five-year-old girl and her two-year-old brother after their vehicle got too close to a convoy. The father said afterwards that “if I get a chance, I will kill Canadians.” Due to an agreement between Kabul and Ottawa, Afghans had no legal right for compensation if they were hurt or their property damaged by Canadian soldiers. 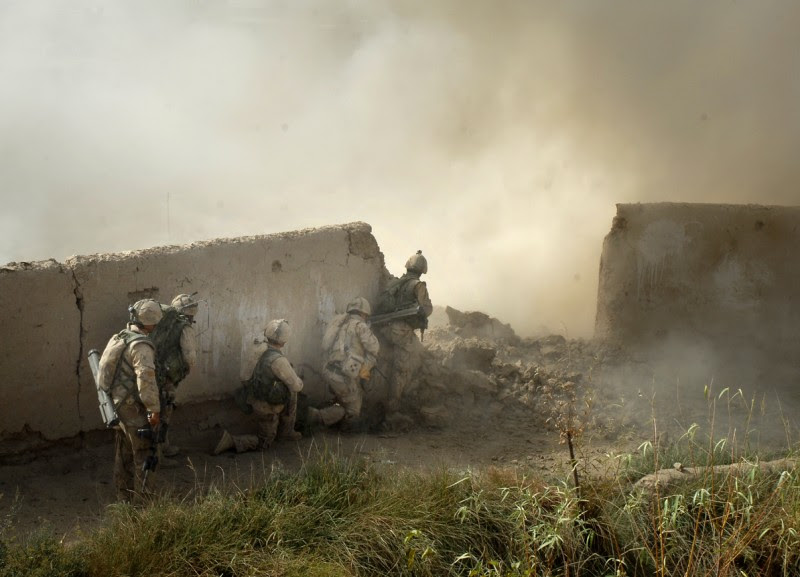 Soldiers from 4 Platoon, Bravo Company, of the Royal Canadian Regiment, burst into a suspected Taliban stronghold in in Pashmul, Afghanistan, September 2006. Photo from Flickr.

Canadian armoured vehicles regularly fired warning shots at bikes, cars or trucks that got too close, often causing crashes, leaving Afghans injured or worse. In June 2006, French television networks showed unedited images of Canadian soldiers searching villages and houses, breaking down doors and interrogating residents. According to a report in La Presse, Canadian soldiers were shown telling villagers that it was not smart to join the Taliban because our soldiers are really good, they are well-trained and good shots, “and you will die.”

Later, the video shows a Canadian commander saying “too bad for you if you don’t want to tell us where the Taliban are hiding. We will come and kill them. We will drop many bombs and fire all over. Is this what you want? Well then continue telling us nothing.”

The actions of Canadian troops in Afghanistan belie claims of high-minded motives. The CF used white phosphorus as a weapon against “enemy-occupied” vineyards in Afghanistan while Canadian special forces participated in highly unpopular night-time assassination raids.

The most deadly element of the war, however, was airstrikes. While no Canadian planes dropped bombs in Afghanistan, Canadian troops regularly provided cover and guidance for US air strikes. Canadian personnel also operated the NORAD systems that supported US bombers while some heavily armed Canadian helicopters launched nighttime operations.

Most of the individuals detained by Canadians (and turned over to the Afghan army and prison system) were likely tortured. Under the Geneva Conventions the military force that detains someone is responsible for their treatment, yet many of those detained by the CF were likely tortured with knives, power cables and open flames. Many others were sexually assaulted.

The second-highest ranked member of Canada’s diplomatic service in Afghanistan from 2006 to 2007, Richard Colvin, reported to a parliamentary committee that “the likelihood is that all the Afghans we handed over were tortured.” Additionally, dozens of individuals given to the Afghan army by the CF were unaccounted for, perhaps lost in a prison system that did not keep good records, or maybe killed.

Many of those detained by the CF had little to do with the Taliban. According to Colvin, “it was the NDS (Afghan National Directorate of Security) that told us that many or most of our detainees were unconnected to the insurgency… We detained and handed over for severe torture a lot of innocent people.”

The CF regularly handed over children they suspected of Taliban ties to the NDS, which often tortured them. The Toronto Star reported that in late 2006 a Canadian soldier heard an Afghan soldier raping a young boy and later saw the boy’s “lower intestines falling out of his body.” Reportedly, the Canadian military police were told by their commanders not to interfere when Afghan soldiers and police sexually abused children.

Despite attempts to portray the situation otherwise, the invasion of Afghanistan did not have United Nations approval. After the US invaded, the UN Security Council was pressured to authorize the use of force to defend the installed Afghan government. Non-American foreign troops in Afghanistan were effectively under US command.

Canada followed the US into this decades-long predictable disaster. We should learn from it: interference in the affairs of other countries is almost always wrong. War is only good for those who profit from it.

Yves Engler has been dubbed “one of the most important voices on the Canadian Left today” (Briarpatch), “in the mould of I.F. Stone” (Globe and Mail), and “part of that rare but growing group of social critics unafraid to confront Canada’s self-satisfied myths” (Quill & Quire). He has published nine books.