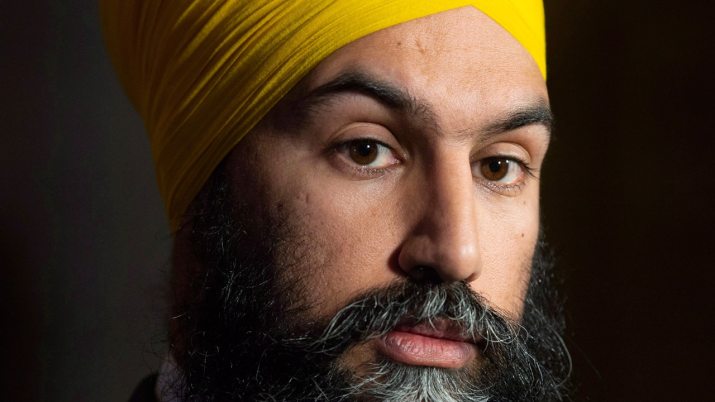 Canadians chose on October 21 to slap down Justin Trudeau and reduce his Liberal Party to minority government status with a million fewer votes than in 2015.  As a result, there may be another federal election in two years, or less.  The enlarged Tory caucus is bristling for a fight, although under-performing Andrew Scheer can already feel daggers at his back.

The labour-based New Democratic Party suffered heavy losses for the second federal election in a row.  It emerged with 20 fewer seats and 511,000 votes less than it won in 2015.  Yet it potentially holds the balance of power in Parliament.  Will it turn up the volume and stand independent of the Liberals?  Its working class base demands that the NDP agitate vigorously for No new pipelines, Nationalize the energy industry, Tax the rich, and provide Restitution to Indigenous peoples.  It ought to fight for head to toe medicare now, cancellation of student debt, proportional representation, an end to Canadian complicity with the U.S.-led war drive, and break with the bid to overthrow the elected government of Venezuela.  It should do what it can to cut the military, stop backing the Zionist apartheid regime, and halt the supply of armored vehicles to Saudi Arabia.

NDP Leader Jagmeet Singh has some explaining to do.  While he avoided political oblivion with a late turn to the left, how did his appointed top brass manage to drive the party down to fourth place, from 20 per cent of the votes in 2015 to a mere 15.9 per cent now?  What effect did Singh’s obstruction and manipulation of the local candidate selection process have?  Did his efforts to block leftists undermine confidence in the campaign and impair fund raising?  Is it time for a leadership review?

The fact is that Singh is only a symptom of the problem. The election confirms the long-term stagnation of the NDP, interrupted only briefly by the ‘orange wave’ in 2011.  The party brain-trust has proven incapable of engaging with rising, youthful, widespread anti-capitalist sentiment, nor with the progressive nationalist consciousness of the Quebecois.  That was painfully evident in an election dominated by ‘climate change’.  Singh hesitatingly opposed the Liberals’ Trans Mountain bitumen pipeline expansion, but endorsed the B.C. NDP government’s huge LNG and natural gas pipeline project.  His very late version of a Green New Deal (sans public ownership of the energy sector) enabled the capitalist Green Party to win over many NDP voters.  On Quebec, the party signified with its 2006 Sherbrooke Declaration that it endorsed Quebec’s right to national self-determination, but the party continues to frame it within the existing 1867-model Canadian federation, which severely limits the exercise of Quebec autonomy.  Clearly, the bourgeois Bloc Quebecois capitalized on this source of frustration, not just by condoning anti-Muslim Bill 21.  The BQ captured many seats from the NDP in Quebec that deceased Leader Jack Layton briefly held, as it were, ‘on probation’.

The NDP has yet to recover from former leader Tom Mulcair’s soft-austerity, balanced-budget mantra that squandered the 31 per cent and the 103 seats it won in 2011.  Jagmeet Singh was invisible during the first 18 months of his leadership.  He impressed in the TV debates, but spoiled it with his ridiculously celebratory election night peroration, and subsequently by floating the notion of a coalition with the Liberals — a poisonous potion for the NDP.

Trudeau has ruled out a coalition.  The somewhat chastened Prime Minister will try delicately to get his legislation passed with the support of one or another party, one bill at a time.  On pipeline building he will have the support of the Tories, if on nothing else.

But for the working class, it is important to be clear on the political principle at stake here. Participation in a Liberal governing coalition with NDP Ministers of the Crown would force the labour-based party to champion all of the legislation of the corporate Liberals. The NDP would be the tail, wagged by a sick dog.  Coalition with a capitalist party would undermine the independent interests of the working class even more than the despicable ‘strategic voting’ policy of the Canadian Labour Congress.  Instead of pondering participation in a bourgeois coalition, the NDP in Parliament should be staunchly independent.  It should, on a case by case basis, vote only for laws that benefit the working class and allied sections of the population.  Outside Parliament, the NDP should mobilize millions against the corporate agenda.  Cabinet co-habitation might net opportunist politicians some plum positions, but it would be an unmitigated disaster for the vast majority, under the weight of a decaying capitalist world order, now headed for another Great Recession.

Labour leaders too must be held to account.  Shamefully, the head of the Canadian Labour Congress backed the strike-breaking Liberals, under the guise of ‘strategic voting’.  Unifor, which quit the CLC over union raiding, crossed the electoral class line too.

Something to celebrate is the fact that the racist Peoples Party lost its only seat in the House of Commons and attracted less than two per cent overall.  Canada is not fertile ground for rabid right wing populism, a la Trump.  Of course, that will not stop the business elite from probing openings for the far right.  At the same time, the undemocratic electoral system cheated the labour-adverse Green Party, and other parties, distorting the will of voters (see box below).

Is there a basis for building a broad anti-capitalist electoral left party?  Quebec Solidaire showed some promise, but it is steadily shifting to conventional reformist politics.  The election, both in English Canada and Quebec, showed that parties to the left of the NDP got only 0.05 per cent of the votes.  So, the spotlight is still on the terrain of the NDP and the unions.  That is the space that must be contested by the radical left in order to advance an anti-capitalist alternative.

Happily, some positive developments did surface.

The NDP Socialist Caucus noted, and sent congratulations to the many openly socialist NDP candidates who increased the party’s share of the vote locally:  Dirka Prout in London North-Centre, Jessa McLean in York Simcoe, Matthew Green who was elected in Hamilton Centre, Leah Gazan who was elected in Winnipeg Centre, Yvonne Hanson in Vancouver Granville, Annie Ohana in Fleetwood-Kells, and Stephen Crozier (Surrey White Rock) – not to mention the re-elected Niki Ashton in Churchill Keewatinook Aski in Manitoba.  Sadly, Svend Robinson lost a close race in Burnaby South.

Clearly, the influence of socialists in the NDP is rising rather impressively.  Furthermore, a minority government is advantageous to the fight against capitalist austerity, corruption and authoritarianism. The working class and the left can salvage something from this election – if there is an escalation of active mass resistance.  As the postal workers proudly say:  The struggle continues!