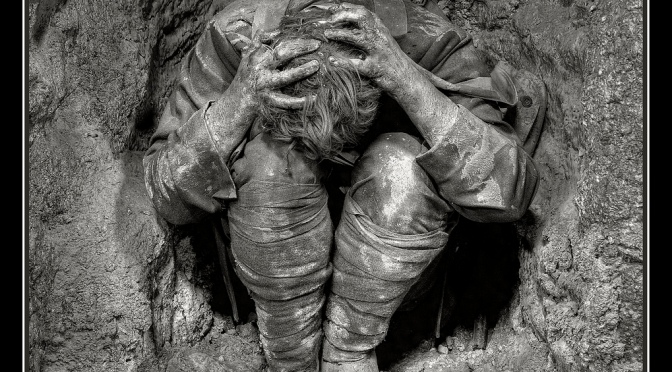 ( Published February 18, 2014 in Socialist Action ) by JOHN SCHRAUFNAGEL
The 100th anniversary of the great imperialist slaughter known as World War 1 takes place this year. With 37 million casualties, over 16 million dead, and 20 million wounded, it was one of the bloodiest chapters of history.
In the coming months the bourgeois press and historians will write about the causes and will give all the answers except the correct one, which is that the war was the logical outcome of capitalism’s relentless pursuit of profit, regardless of the consequences. The more honest bourgeois historians might say that nationalism, imperialism, and militarism caused the war, but these are merely effects of capitalism’s drive to “accumulate, accumulate, accumulate.” War has proven an excellent tool in the endless quest to accumulate. 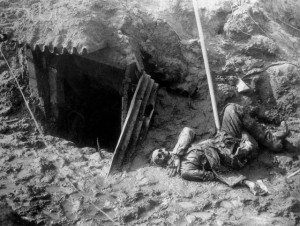 Prior to World War I, bourgeois apologists were pointing to the 100 years of relative “peace” that the rise of capitalism had brought—the last major European war had been the Napoleonic war, approximately 100 years earlier. But peace “at home” was bought with blood in the colonies and the mass murder of indigenous peoples throughout North America.
Capitalism was promising that everyone’s living standards would gradually rise without the ugly business of revolutions. Even many Marxist parties, including the largest—the Social Democratic Party (SPD) of Germany—accepted this gradualist approach and reserved talk of workers’ control and a socialist economy for speeches at May Day parades and party rallies.
But beneath the surface, the internal contradictions inherent in capitalism continued to play out. What Marxists call “the crisis of overproduction” left many countries worried about opening new markets abroad because their own markets were saturated—hence the need to expand through imperialism and carve up the world into colonies. Germany got a late start and was busy scrambling for a foothold in Africa. There were diplomatic incidents in Morocco, adding to the tensions in Europe.
Competition with other colonial powers requires a military, support for which is won by fanning the flames of nationalism, which can get out of hand. Germany was building up its navy, to rival Great Britain on the high seas. And Tsarist Russia had its eyes on the Balkans and the rotting Ottoman Empire, specifically Turkey.

Prior to World War I, a massive arms race took place, and all the European countries were armed to the teeth—but there was no “peace through strength.” At the same time, socialist parties were gaining steam, and labor unrest was growing. One British officer summed up the situation: “A good big war just now might do a lot of good in killing Socialist nonsense and would probably put a stop to all this labor unrest.”
War has served capitalism well. The capitalists use militarism, national patriotism, and imperialism to distract people from the core exploitation that is the capitalist system. War takes peoples’ minds off the exploitation of the bosses and class conflict and focuses them instead on hating some “other”—the citizens of another capitalist state. The last phrase in the Communist Manifesto begins “workers of the world unite.” It is not “workers of the world, first help your capitalists slaughter other workers and then unite.” The SPD in Germany discarded this most basic tenet of Marxism—internationalism. The working class must not fight the working class of other countries but the ruling class of their own country.
V.I. Lenin and Leon Trotsky saw through the capitalist smokescreen and opposed the war throughout. When a comrade said to Lenin, “war is terrible” he replied, “Yes, it is terrible, terribly profitable.” The Bolshevik slogan “land, bread, and peace” and their continuous opposition to the war helped propel them to power.
But when a movement like the Bolsheviks in Russia rises up and questions the irrational nature of the capitalist war-making system, the capitalists will do everything in their power to quash or deform it. The capitalists will never forgive the Bolsheviks for publishing their secret treaties, pointing out the undemocratic nature of their governments and the stupidity of the slaughter that was occurring in World War I. Despite the Bolsheviks’ offering very favorable treaty terms to the capitalist nations, their governments insisted on trying to crush the Bolshevik revolution with an invasion force from at least 14 countries, material and financial support for the White armies, and blockades and sabotage of the devastated Russian economy.
In our time as well, capitalist governments, media, and bourgeois intellectuals continue to disparage and dismiss the Russian Revolution and communist ideals as if the inevitable outcome must be brutal dictatorship. If they were being honest, they would observe the more intimate and direct connections between capitalism, militarism, and war.
Capitalist dogma likewise lauds the maximization of private profits. Bourgeois economists repeatedly state, without any proof, that capitalism is the most rational and effective system for distributing “scarce” resources. If we assume (as economists love to do) that the system is

wonderful and that war is terrible, defenders of capitalism are left with the unenviable task of explaining all the capitalist wars. They tie themselves in knots blaming such elements as human nature, misunderstandings, miscommunication, or the assassination of some worthless monarch.
The paradox that cannot be resolved is that capitalism requires an entire society to accept as its goal the maximization of profit by a few powerful individuals. While this outcome might make sense for the powerful individuals, it is illogical for society as a whole. Militarism and war become the method for solving this contradiction.
Capitalists do not want to pay the price for research and development; they only want the profits that result. Through the military budget (the U.S. spent $518 billion on the Pentagon in 2013), these costs are socialized. This massive distortion of spending priorities away from what “rational” people would collectively choose—tackling the climate crisis, producing clean energy, health care for all, education for all, eradicating poverty—cannot be accomplished in the presence of true democracy. Therefore, we have fake democracy and a population made irrational with fear of some mysterious other rather than the true enemy. The inevitable outcome is perpetual war.
History never repeats itself exactly, but the world today looks much like it did prior to World War I. China, the United States, and Europe are carving up Africa—AGAIN. The United States is scrambling to build military bases across the continent to bolster its ability to exploit the mineral and oil riches. But Canada, Europe and China are also interested in the vast wealth, making Africa a staging ground for a new round of imperial competition. The United States backs one repressive regime after another (Saudi Arabia, a medieval monarchy with vast oil reserves, being a shining example) to advance its own imperialist ends.
Recent and continuing revelations by Edward Snowden point to just how low the United States will sink to gain an upper hand over its competitors. Inter-imperialist squabbles are everywhere. Japan and China (and the U.S.) are engaged in territorial disputes over islands. A European financial crisis brought on by capitalist speculation threatens to tear Europe apart. The U.S. continues to flex its military muscle from Syria to Yemen to North Korea, needlessly provoking the citizens who would have no interest in hostilities.
Capitalist expansion will continue to inflame these underlying tensions until the people of the world unite to fight the only war worth fighting, the class war, and for the only goal worth fighting for — socialism.