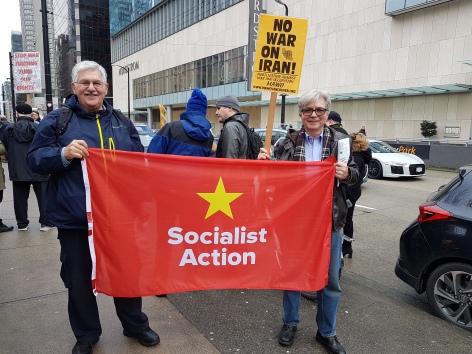 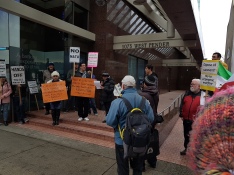 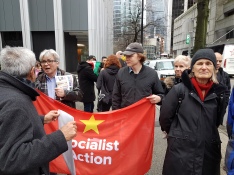 No War with Iran! Drop the Sanctions!
The unilateral abandonment by Trump of the multilateral nuclear deal with Iran,the re-imposition of brutal sanctions on Iran and any country that bought oil from Iran, sanctions that include medicine, food and other life supplies and are illegal under international law, these were not enough damage and destruction by US imperialism.
The United States, the most heavily armed, most vicious economic and military force on Earth, denounces any person or nation who does not bow to its will, as “terrorists”. The United States, meanwhile terrorizes the Earth for wealth, resources and power and refuses asylum to refugees from imperialist violence and capitalist climate change.
Iranian general Qasem Soleimani, the head of the elite Quds Force was murdered in Baghdad by a drone strike ordered by Trump. Solemani was a military general, not a terrorist. He is famous for never killingany American civilian. He has killed soldiers of the American aggressors, not in the United States, but as invaders and murderers in the Middle East. Killing Soleimani was a murder, a war crime, a provocation.
Iran which has not started a war in 200 years, then, accidentally shot down a passenger plane, afraid it had detected stealth F35 American war planes over Tehran. The plane was shot down in the wake of Trump’s provocation and was primarily his fault.
Trudeau pompously and hypocritically condemned Iran for its mistake and demanded Iran account for itself.
On July 3, 1988 Iranian flight 655, a regularly scheduled passenger flight from Tehran to Dubai, was shot down by USS Vincennes over the Persian Gulf killing 290 people. President George Bush, famously refused to apologize or take any remedial action. The entire ships crew were awarded medals shortly after.
All U.S., Canadian, EU and allied troops Out of the Middle East!
Canada Out of NATO!
End all investment and trade with Saudi Arabia and Israel!
Imperialist Hands Off Iran!
Join the fight against American and Canadian imperialist exploitation and violence. Help us fight against climate change, endless war, poverty and misery. Help fight for Socialism!
Join SocialistAction http://www.socialistaction.ca