I begin by acknowledging that the land on which we are standing is the traditional territory of many First Nations, including the Mississaugas of the New Credit, the Anishnabeg, the Chippewa, the Haudenosaunee and the Wendat peoples, and is now home to many diverse Indigenous, Inuit and Metis peoples.

I have lived in Ward 1, in Rexdale, for 9 years.  I work as a paralegal with the suffering people of this area who are struggling to survive.  I have witnessed, over the years, a growing inequality in the ward, and increasingly the same nefarious trend across the City of Toronto.  More and more, the mega-city is becoming a place in which workers are pushed to the margins by economic policies designed to serve the interests of the rich and big corporations, such as banks, land developers and the real estate industry.

Toronto is a city where profit margins have climbed, but the tax rates the rich pay have declined.  This puts a greater onus on workers who have seen their real incomes fall while their taxes go through the roof.

Construction cranes crowd the landscape, erecting tall condos from which a global elite and Real Estate Income Trusts garner huge profits.  Meanwhile, life becomes more precarious for renters who face skyrocketing costs and are pushed to margins of society.  In 2017 the resulting social displacement led to the deaths of over 100 homeless people.

Service cuts, combined with tax giveaways to corporations, have fostered crises in affordable housing, health, transportation, energy, waste management and recreation.  Cuts contribute to growing inequality, low wages and precarious employment. Workers, like those doing three jobs and working for minimum wages have said enough is enough.  Workers have begun to organize against the onslaught of economic measures that deprive us of our rights and a decent income. I am running not to be another seat holder on city council, but to help build and mobilize a movement for a workers’ agenda and put socialism on the table at city hall.

That is why I am the candidate of Socialist Action in Ward 1.  In the absence of a slate of candidates openly representing the labour-based New Democratic Party across Toronto, I ask the voters of Ward 1 to vote Socialist Action, and to press the Toronto and York Region Labour Council, and the NDP, to field a socialist team in the future that will fight boldly and clearly for a Labour City Hall and school board.

Imagine a world beyond the false priorities of the private profit system.  Imagine the liberating potential of a rent freeze, of a mansion tax on properties valued at over $5 million, of a truly progressive property tax system, of a worker and community-controlled affordable housing strategy centered on the use of City property and public land trusts.  Think of the benefit of properly supported health services that would heal the mentally and physically ill and reduce the growing incidence of murderous gun violence.

Imagine what we could accomplish by taxing the rich and giant corporations like banks, land developers and Real Estate Investment Trusts. Such enterprises have seen their share of taxes actually decline since 2005.  I will fight for an increase in big business property tax rates.  I will fight for Free and Accessible Public transit and for a Green Transition that would create jobs with a living wage by retrofitting schools and other properties such as the Toronto Community Housing Corporation.

I invite you to join me and Socialist Action in this movement for a Workers’ Agenda and a Labour City Hall.  We are committed to advance an alternative agenda to that of the Doug Ford PC government, and the assortment of thinly-disguised Liberals and Tories, including Mayor John Tory, who run City Hall for the vested interests.

The policy that I advocate puts the needs of workers and our communities before private profit.   Please join this movement by volunteering your time, donating funds, endorsing the platform, and by pledging your support at: www.votepeterdgama.ca 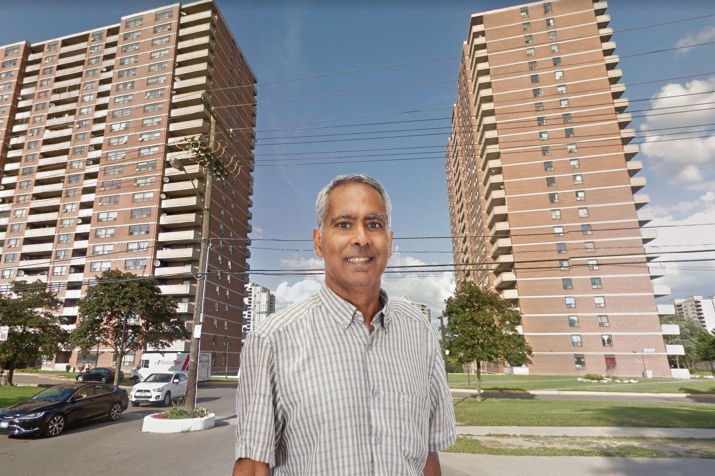