Despite the frigid temperatures and biting wind, there was a very good turn out to the Solidarity with the Workers of Iran rally in Toronto on Saturday, January 6th 2018, Socialist Action joined over 100 like minded people rallying in support of the mass protests that have taken place across Iran since late December 2017.

The protests began in the city of Mashhad and quickly spread across the county to many other cities, including Teharn. The protests have been organized from the ground up by working and oppressed people peacefully speaking out against poverty, unemployment, violence, and the daily indignities and injustices imposed by the Islamic Republic.

Iran is a country with over 80 million people, yet despite immense natural resources and wealth, over 70 percent of the population live in poverty. Corruption, huge concentrations of wealth by the few and vast inequalities define Iran today. At the time of writing, we are hearing reports of protesters being injured, killed, and arrested by Iranian security forces.

Socialist Action stands in solidarity with the brave protesters and we express our disgust with the brutal neo-liberal capitalist regime of Iran. We also stand opposed to economic sanctions and any attempts by Canada, the U.S. and its allies to pursue war with Iran. Socialist Action also strongly opposes and condemns any interference by Western governments, Israel, and the reactionary, nationalist and pro-monarchy forces.

A leading Socialist Action member addressed the crowd and warned about right-wing forces taking over what has, up until now, been a popular uprising. He called on progressive forces in Canada and elsewhere to stand in solidarity with the working class and poor people of Iran. He also stressed the need to build revolutionary parties around the world.

Socialist Action supports the workers demands of Bread, Jobs and Freedom and demands that Western imperialism keep out of Iran! 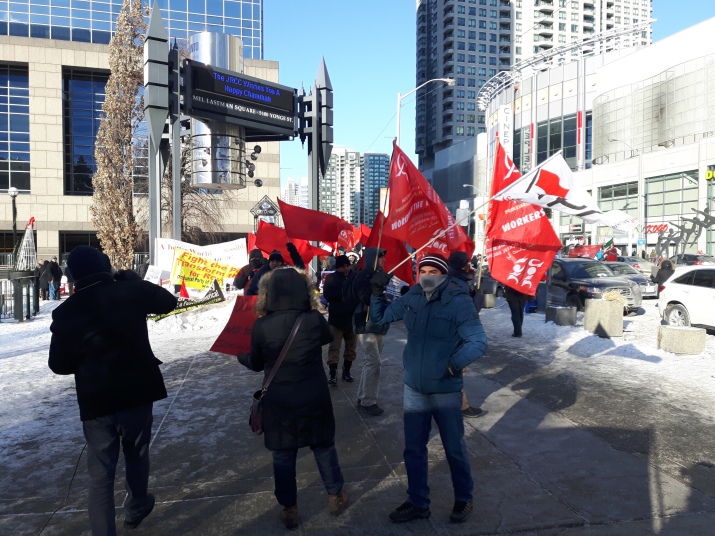 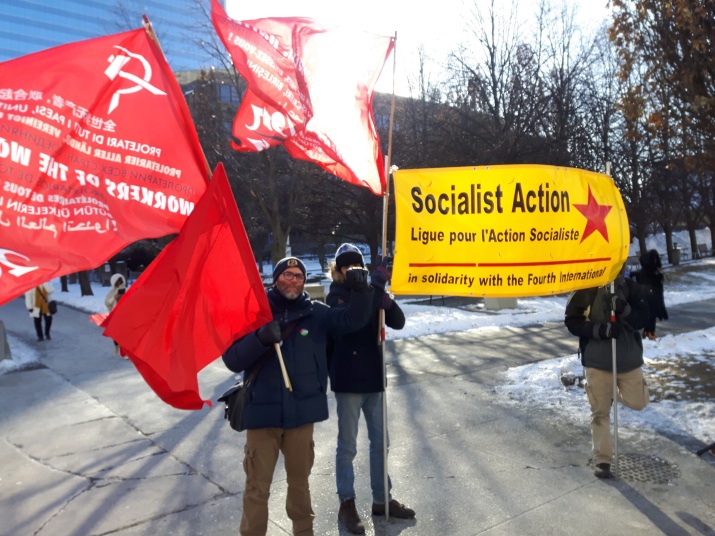 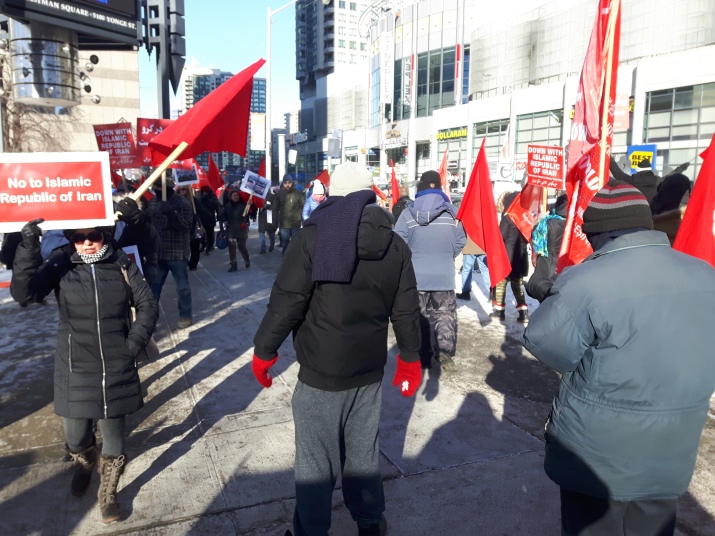 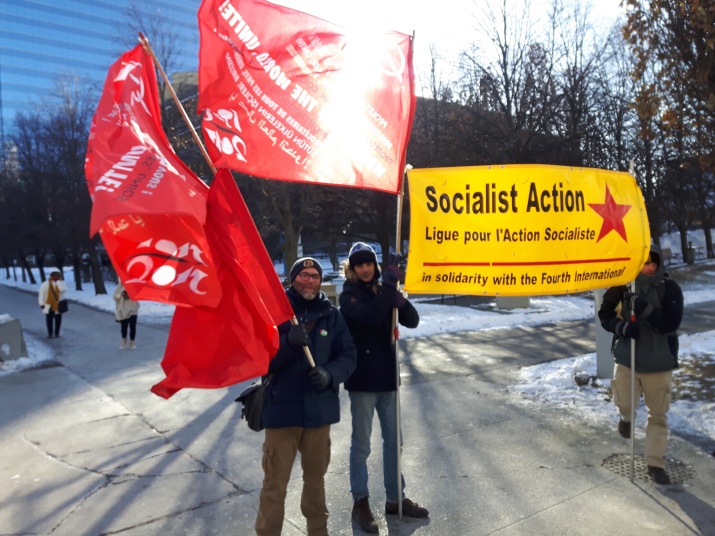 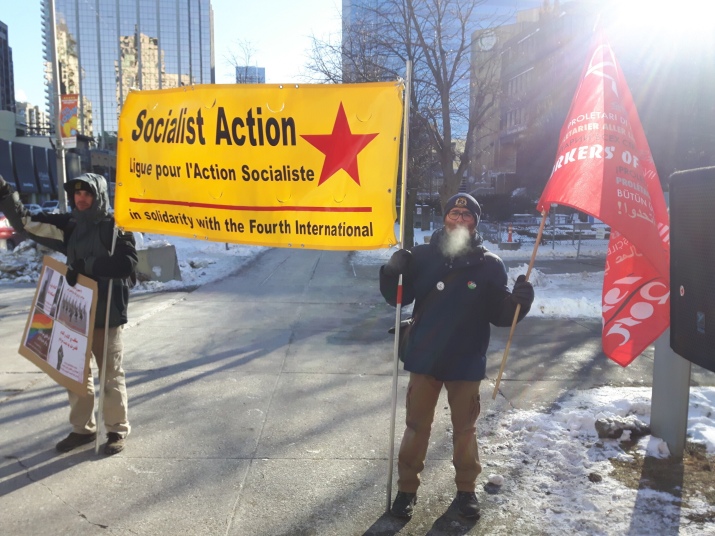 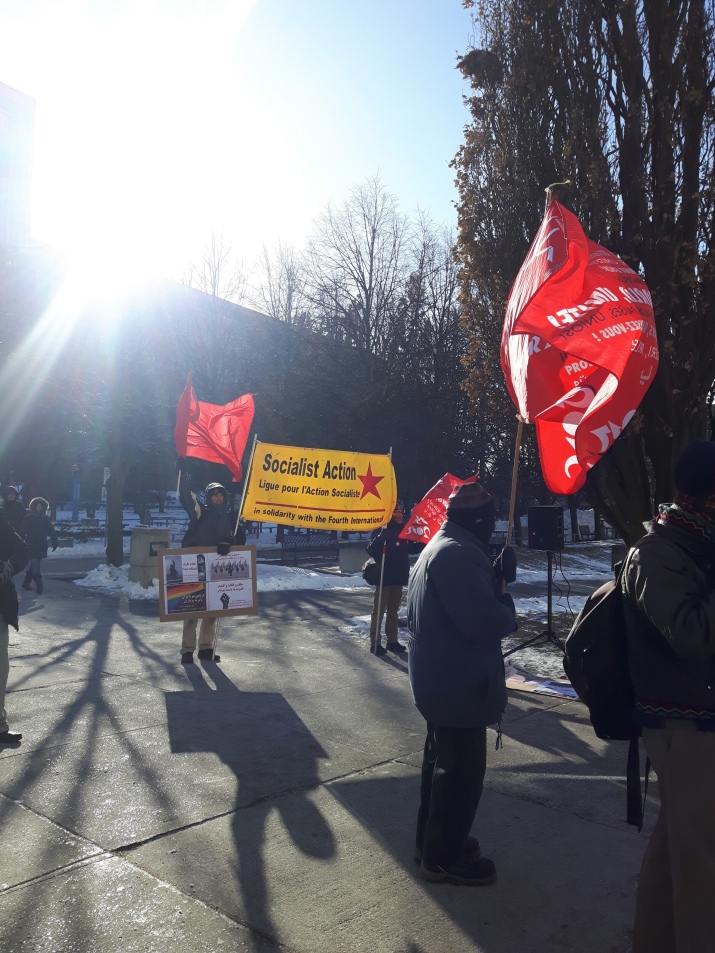