Before he was falsely convicted of murdering a policeman in 1981 and sentenced to die, Mumia Abu-Jamal was a gifted journalist and brilliant writer. Now after more than 30 years in prison and despite attempts to silence him, Mumia is not only still alive but continuing to report, educate, provoke and inspire. This documentary film is an inspiring portrait of America’s most famous political prisoner. Through prison interviews, archival footage, and dramatic readings, and aided by a potent chorus of voices including Cornel West, Alice Walker, Dick Gregory, Angela Davis, Amy Goodman and others, this riveting film explores Mumia’s life before, during and after Death Row. Guest speaker is Norman ‘Otis’ Richmond, producer/host of Saturday Morning Live Radio Regent, Producer/Host of Diasporic Music on Uhuru Radio, and columnist for Burning Spear newspaper. SA’s Elizabeth Byce will present an update on the Lynne Stewart case.

1945 was a pivotal year in British history. The unity that carried Britain through the war allied to the bitter memories of the inter-war years led to a vision of a better society. The spirit of the age was to be our brother’s and our sister’s keeper. Director Ken Loach has used film from Britain’s regional and national archives, alongside sound recordings and contemporary interviews, to create a rich political and social narrative. “The achievements of the ’45 Labour government have largely been written out of our history. From near economic collapse we took leading industries into public ownership and established the Welfare State. Leading off the discussion will be Toronto SA member Valerie Lamb, who grew up in England in the 1940s and 50s, and Barry Weisleder, Canada editor of SA newspaper.

English subtitles. “Ekümenopolis: Ucu olmayan sehir” (original title). This documentary tells the story of Istanbul and other Mega-Cities on a neo-liberal course to destruction. From demolished shantytowns to the tops of skyscrapers, from real estate investors to urban opposition, the film will take us on a long journey in this city without limits. It provides the background information to the ongoing massive protests in Turkey, which began to contest the urban development plan for Istanbul’s Taksim Gezi Park. The guest speakers are: Yasin Kaya, PhD. candidate at York U., member of CUPE Local 3903, and member of Socialist Action, who spent the summer in Turkey. Elif Genc is a York U Master’s degree graduate in Interdisicplinary Studies. Her thesis focused on Turkish politics and the Kurdish social movement. She is an activist in the “Supporters of Taksim Gezi Park Movement in Toronto” and the Gezi solidarity network.

A documentary film exploring conditions inside the Attawapiskat First Nation, which in October 2011 declared a state of emergency due to health and safety concerns over a lack of housing and infrastructure, and remained in the public spotlight during the Idle No More protests. 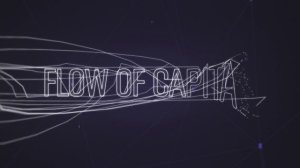 Where do multinationals pay taxes and how much? Gaining insight from international tax experts, The Tax Free Tour takes a look at tax havens, the people who live there and the routes along which tax is avoided globally. This film is an economic thriller mapping the systemic risk for governments and the ruling class alike. Is this the price we have to pay for globalized capitalism? Leading off the discussion will be David Langille who teaches public policy at York University and the University of Toronto and is treasurer of Canadians for Tax Fairness.

An investigative and powerfully emotional documentary about the epidemic of rape of soldiers within the US military, the institutions that perpetuate and cover up its existence, and its profound personal and social consequences.

In the past 40 years, the War on Drugs has accounted for 45 million arrests, made America the world’s largest jailer, and destroyed impoverished communities at home and abroad. The war on drugs has never been about drugs. From the dealer to the narcotics officer, the inmate to the federal judge, a penetrating look inside America’s criminal justice system, revealing the profound human rights implications of U.S. drug policy.

Each of the films in this series will be preceded by a brief introduction, and will be followed by a commentary, and an open floor discussion period.